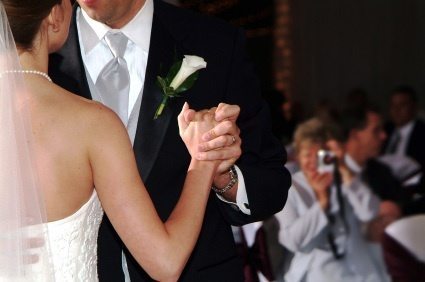 “Do not hold onto each other’s hands when doing an underarm turn!”

Avoid grasping tightly to each other’s hands when performing an underarm turn. Both sexes are equally guilty of this. If you are holding on too hard it is a case of “you only hurt the one you love”! If the groom grasps his brides hand it hurts her and vice versa.

Additionally it is impossible for the bride to turn around smoothly because if she turns all the way around her hand has to as well. As the groom lifts up his left arm to lead the underarm turn, his left hand should be rounded rather like a cup holder. The bride should lower the thumb of her right hand and keep the rest of her fingers relatively motionless as she turns. This allows her hand to rotate all the way around perfectly as she turns so that her hand returns to the exact same spot as she finishes the turn. When she is done with her turn their palms will again be pressed together, creating a seamless transition from the underarm turn back to the frame so that the bride is ready immediately for the next move.

In cooperation with state & county recommendations, our showrooms are open by appointment only.  To speak to one of our Event Experts, please call us at 303-527-2905 or 970-224-4774, or email us at events@rcspecialevents.com.

We appreciate your understanding and look forward to working with you on your event! 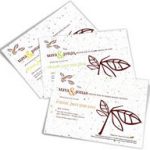